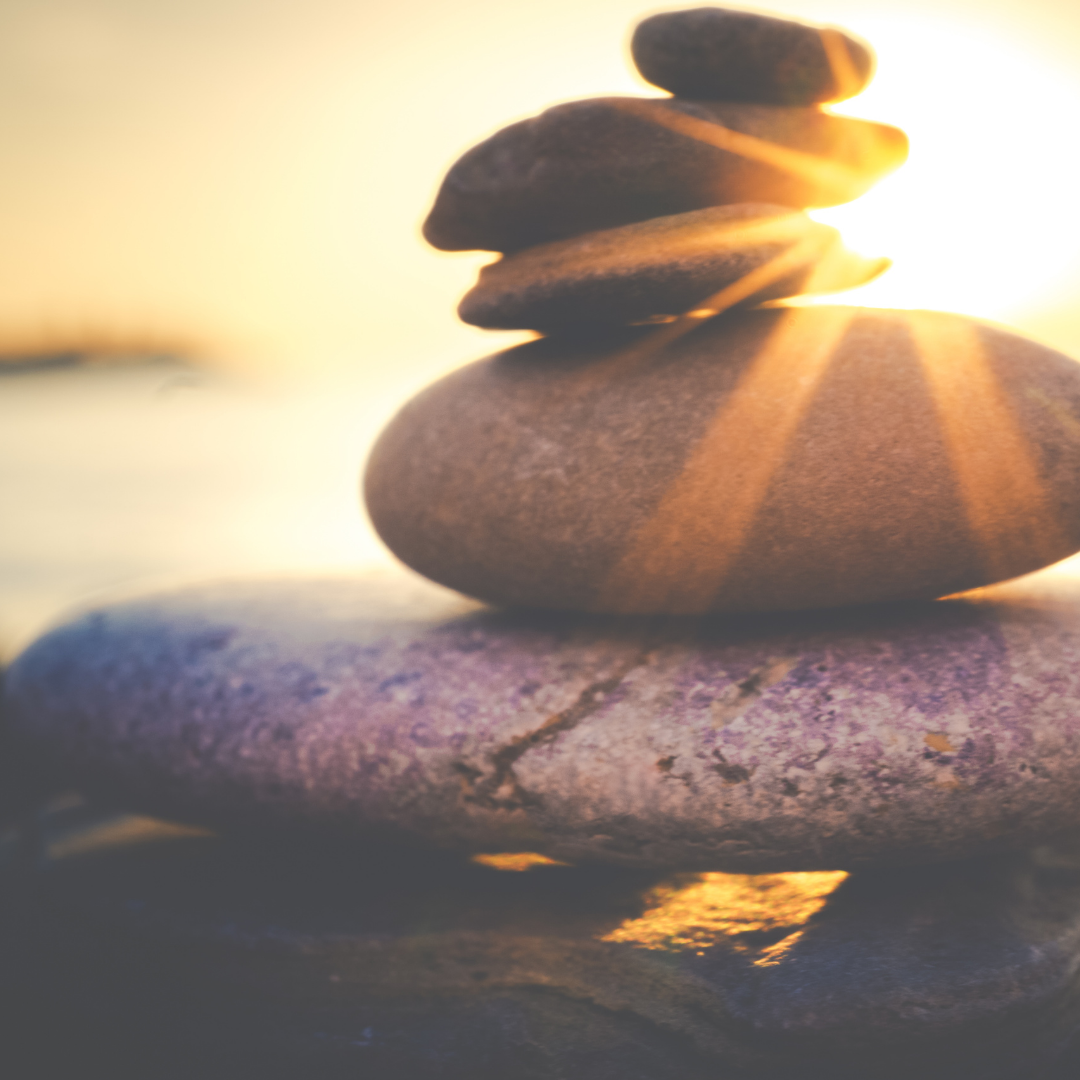 What is an Ionic Foot Bath?

An ionic foot bath, also referred to as an ionic foot detox, is considered a way to detoxify and reenergize the body.

The frequencies from the ionic detox bath puts the body into a relaxation response which causes the body to go into the rest and digest phase vs the fight or flight mode...and to start releasing everything the body has been holding onto that it cannot use. When the body is able to eliminate toxins and metabolic waste, then inflammation, edema, and swelling all decrease, allowing the body to repair itself and reduce pain within muscles and joints. The more the detox pathways are opened, the more your body is able to detoxify with less help!

Disclaimer: I am not a medical professional and the ionic foot detox bath cannot cure, treat, or diagnose a disease. I simply want to share how it can help stimulate the body's natural detoxification process. Everyone's results will vary as everyone has a different level of detoxification they need.
Before First Ionic Foot Detox Bath 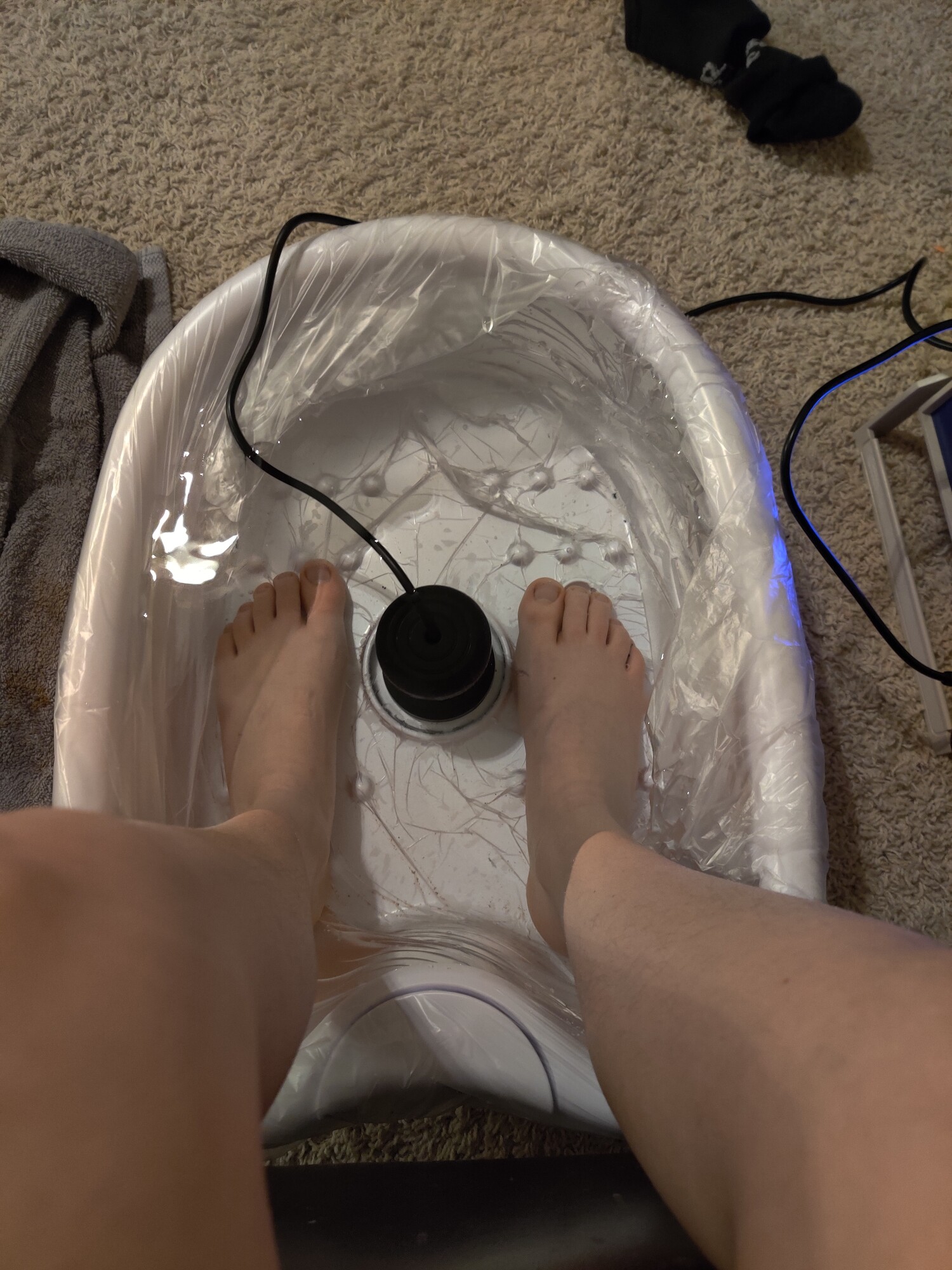 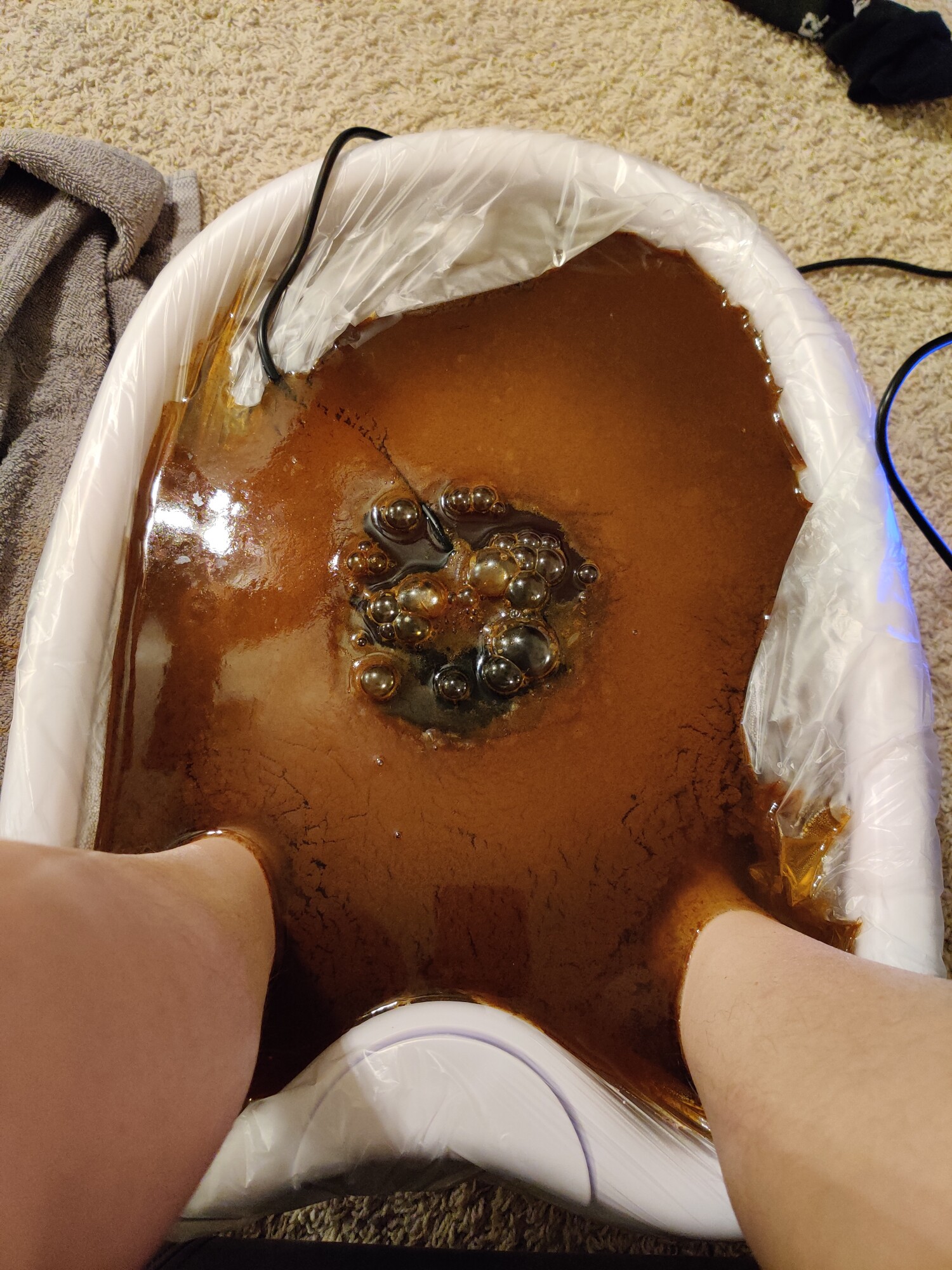 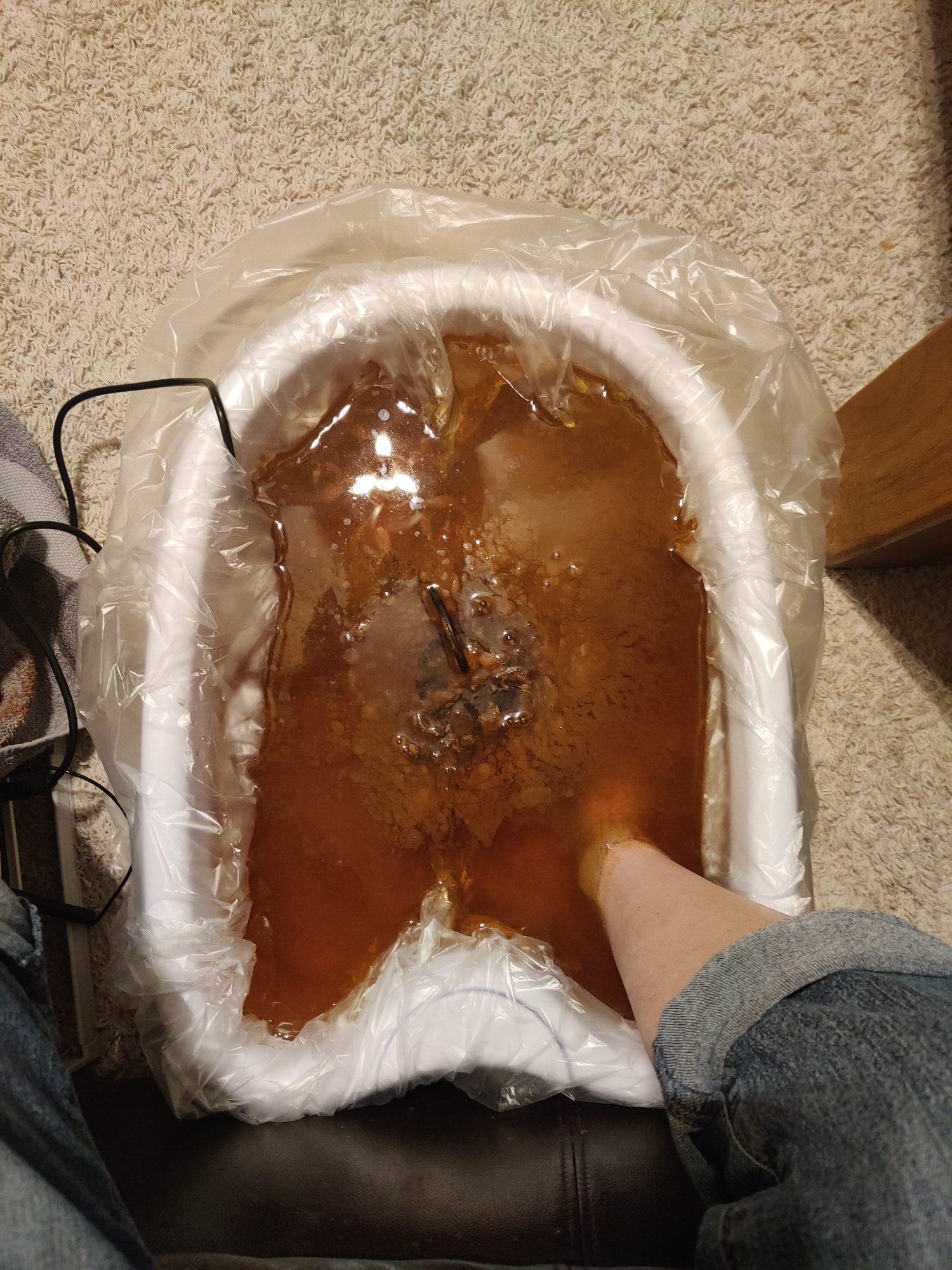 IONIC DETOX HAS BEEN SEEN TO:
+ Remove toxins, free radicals and body waste products that can cause health problems (In an Aug. ’04 study by Carlos A. Lopez-Moreno, MD, there was a significant deposit of urea, creatinine and glucose in the foot basin in 12 patients with chronic illnesses.)
+ In a 2008 study by Center for Research Strategies (crsllc.org), 31 participants underwent ionic detox two times per week for 12 weeks. The amount of aluminum and arsenic in their blood was measured before and after the 12 weeks. The average blood aluminum level decreased by 46% from 79.8 ppb (parts per billion) to 43.1 ppb. The average blood arsenic level decreased 24% from 4.6 ppb to 3.5 ppb.
+ In a 2002 study, there was an average increase in toxic metals found in the foot basin from nine independent sessions. Here is a list of metals that increased in concentration: Copper: 905%, Aluminum 339%, Lead 233%, Iron 174%, Manganese 140%, Antimony 128%, Cadmium 119%
+ Dr. Klinghardt's research project elucidated what the body can do when the cells and organs get recharged. He had a lab measure the amount of 20 toxic metals in the foot bath water at the beginning of the session and at the end. He found an increase of toxic metals in the foot bath water at the end of the session. But then, he went even further in this research project by having the subjects collect urine and stool samples each day for 5 days after each ionic foot bath. The greatest excretion of toxic metals via the kidneys rose dramatically 3 days after a single 30 minute session. Therefore he recommends that very sick people only do a foot bath every 3-4 days to prevent overloading the kidneys and other detoxification pathways. 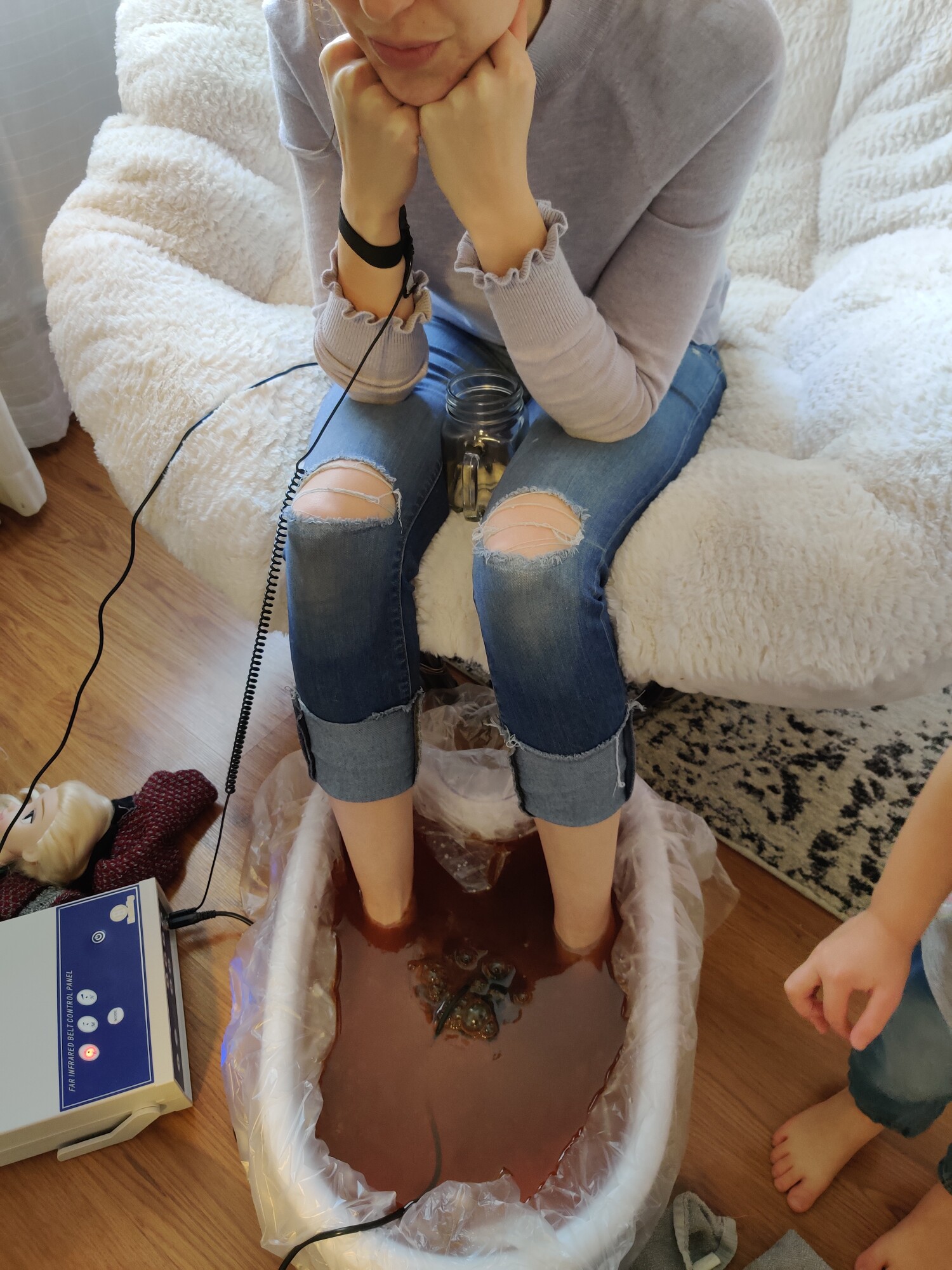 FREQUENTLY ASKED QUESTIONS
WHAT DOES IT DO?
During an Ion Cleanse detox foot bath session, large concentrations of negative hydrogen ions are released during the process of electrolysis. These ions are absorbed into the body by osmosis through the epidermis of the foot. Once entered into the system, these negatively charged ions act as an ultra high-powered antioxidant.
WHAT IS AN ANTIOXIDANT?
An antioxidant is a compound which has a weak attraction to one of its electrons. It readily surrenders an electron to a free radical which neutralizes it and ends the electron “stealing” reaction. The ion does not become a free radical by donating an electron because it is stable in either form. Once the free radical is neutralized, it can be removed from the body. Negative hydrogen ions act as “free radical hunters,” helping to prevent cell and tissue damage that could lead to cellular damage and disease.
WHAT KINDS OF BENEFITS HAVE PEOPLE SEEN?

IS EVERYTHING IN THE WATER THE TOXINS COMING OUT?
The water color representing toxins exiting the body is mostly false. During the session, the water in the basin will always change to a brown/ orange color whether your feet are in the water or not. This is due to the electrolytic reaction involving the array, salt, water, minerals and impurities in the water. But when feet are in the water, the colors are also affected by oils being released from the sebaceous glands, the dead skin cells and the user’s own acidity/ alkalinity.
DOES THE COLOR OF THE WATER MEAN ANYTHING?

Some of the neutralized toxins will also exit the body back out through the pores of the feet due to osmosis. An unusual amount of a particular color may indicate that a person has accumulated toxins in certain areas or from certain conditions and that ionic detox is helping those areas. Always remember that the presence of negative ions in the body mainly helps the body rid itself of toxins through its normal processes of urination, defecation and sweating. Only some toxins leave the body through the pores of the feet. Therefore, color changes in the water should not be the main focus. Instead, focus on how you feel.

WHAT DOES IT FEEL LIKE?
Some people don't feel anything. Some people feel a very slight electrical impulse. As the ionic foot bath continues, you feel more relaxed and less stressed. Your body may feel more energized at the same time. If you aren't well hydrated, you could get a headache from toxins releasing and not being able to move. It is important that you stay well hydrated before and after your ionic foot bath to help eliminate any unease from detoxing.
Zyto Scans Before & After an Ionic Foot Detox Bath 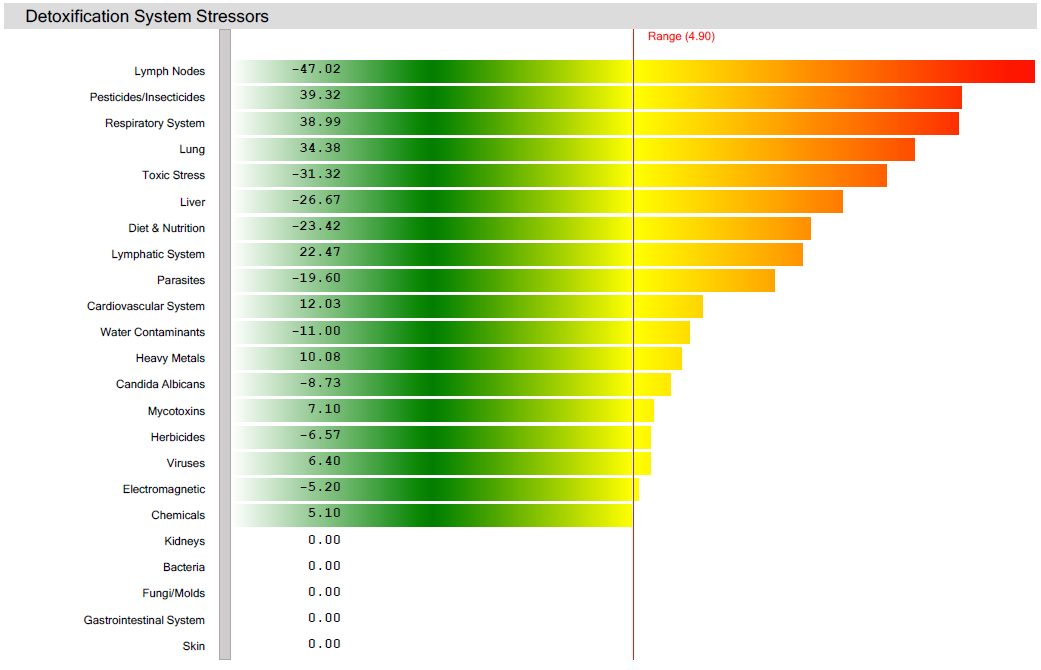 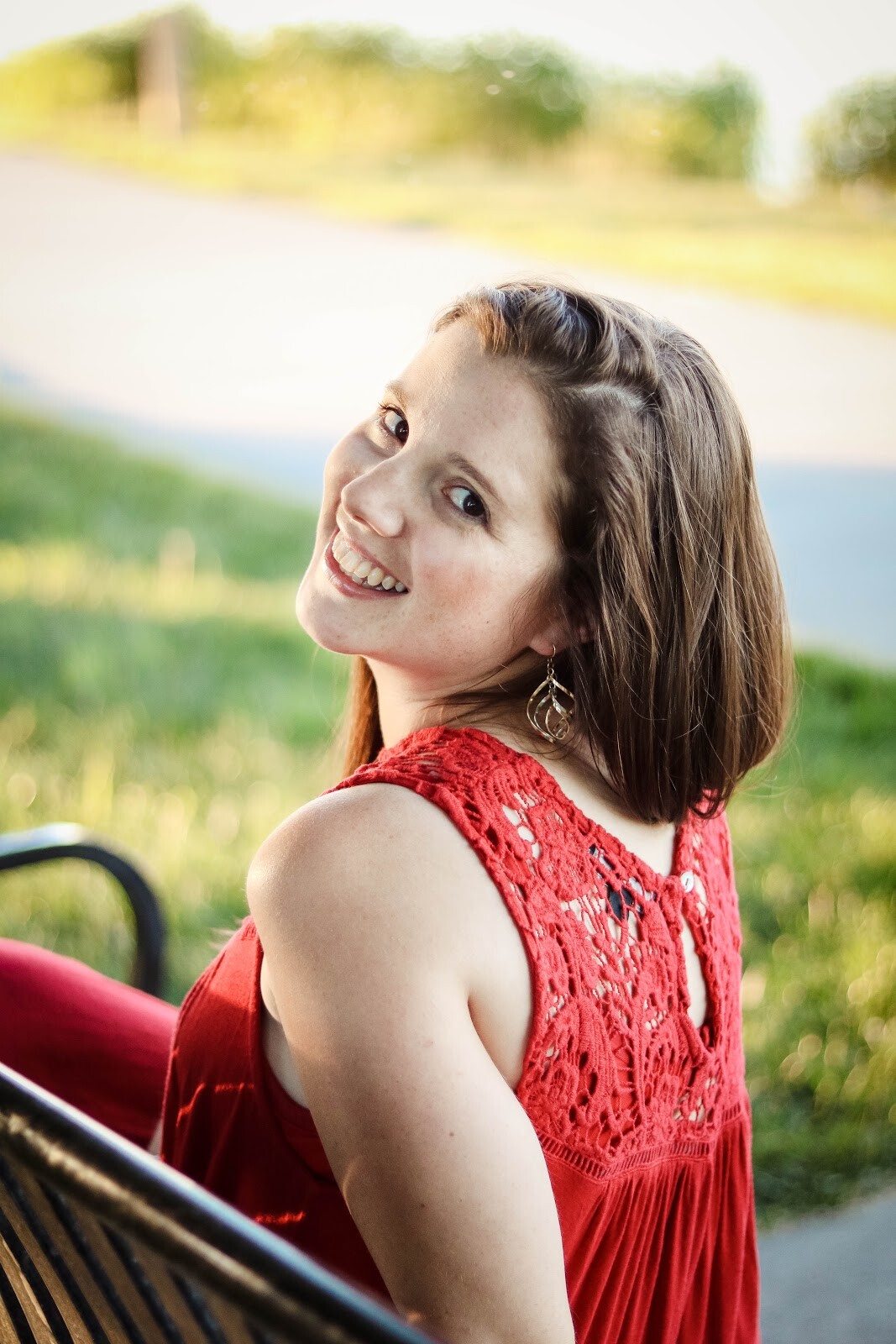 A Little About Me
Four years ago, I caught 9 colds in 12 months. I was sick, tired, and stressed all the time with anxiety and depression.
I wasn't the mom I wanted to be; the mom guilt was crushing...
Then I found a new way of living...I even found healing from emotional trauma from my past. I finally feel free!
Now I want to help others who are in the same sinking boat as I was in, find hope, health & vibrant living  <3
Connect With Me
Hey there!
Register below for your spot at our next detox event! We will send you a reminder email the day of the event as well!